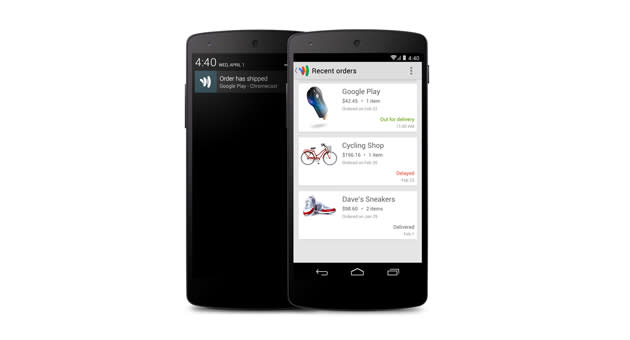 Nice to see Google is keeping the regular Google Wallet updates coming. A few weeks after introducing loyalty card scans, the company is adding a feature called "Orders," which lets you track your online shipments using Google Wallet's iOS or Android app. In particular, you can view receipts for purchases you made online, as well as check the shipping status (Google says it's made arrangements with "primary package carriers in the US"). The roll-out appears to have already begun, though it could take a while for the update to reach some devices -- yours truly, for instance, is still waiting.

In this article: google, googleorders, googlewallet, orders
All products recommended by Engadget are selected by our editorial team, independent of our parent company. Some of our stories include affiliate links. If you buy something through one of these links, we may earn an affiliate commission.