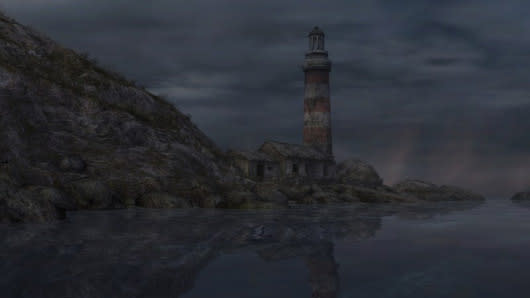 Robert Briscoe, artist and environmental designer of The Chinese Room's first-person interactive story Dear Esther, has taken on a job at Valve Software, citing a need to break away from "the solitary life" of indie development.

"For the past five years, 90% of my days have been spent working alone in my rather pokey (although originally affordable) 1-bed apartment," Briscoe wrote in a recent blog post. "I think I need to be around people for a while; A lot of my energy and enthusiasm comes from being in the presence of people, sharing different ideas, methods and techniques, different views, outlooks and inspirations, and mostly by just being out of my comfort zone (which I have very much slipped into)."

Dear Esther was initially developed as a Source engine mod before launching as a standalone commercial release in 2012. Briscoe was recently approved for a U.S. work visa, and will move to Seattle on March 20 before taking on an unnamed position at Valve's headquarters.

Briscoe notes that his career shift will not impact development of the in-progress Unity version of Dear Esther. "The bulk of the port is done, with just some backend and scripting stuff remaining, so I should be easily able to finish things off in my spare time, plus I have the team of talented people at [The Chinese Room] to help me along the way if needed," he explains. "So things will very much carry on as normal with that."

[Image: The Chinese Room]
In this article: dear-esther, pc, robert-briscoe, valve
All products recommended by Engadget are selected by our editorial team, independent of our parent company. Some of our stories include affiliate links. If you buy something through one of these links, we may earn an affiliate commission.