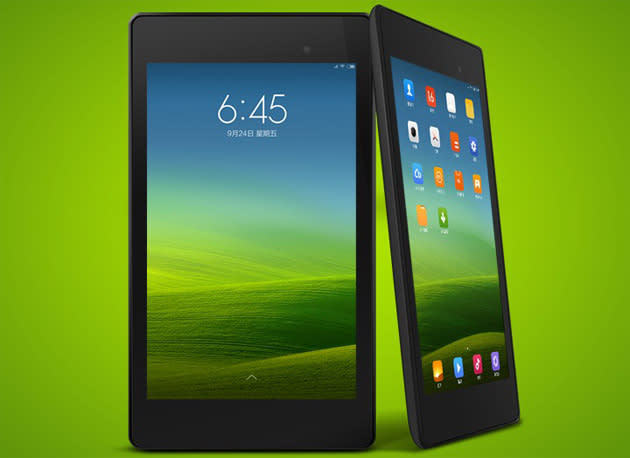 While Xiaomi has yet to launch its very own tablet (the Eden Tab doesn't count), you can now get a first taste of its tablet-friendly MIUI Android ROM, which is available as an open beta for the 2013 edition Nexus 7. According to the company, this isn't merely a scaled up version of MIUI V5, as it has a "brand new architecture" with content -- including native apps, system menus and new screen animations -- optimized for both screen orientations. Interestingly, CEO Lei Jun added that tablet vendors can get in touch if they want to ship their devices with MIUI preloaded, which would be a first for non-Xiaomi hardware. Of course, this doesn't necessarily mean Lei's not making his own tablets in the near future; but as of now, there are no reliable rumors of such plan.

If you have a new Nexus 7 lying around and don't mind giving MIUI a go, then head over to MIUI's website to grab the 278MB download.

Update: Reader @KellicTiger pointed out that this ROM is only good for the WiFi version of the Nexus 7, as mentioned in the flashing guide. Bummer.

In this article: android, asus, china, miui, nexus7, Nexus72013, pad, rom, tablet, xiaomi
All products recommended by Engadget are selected by our editorial team, independent of our parent company. Some of our stories include affiliate links. If you buy something through one of these links, we may earn an affiliate commission.