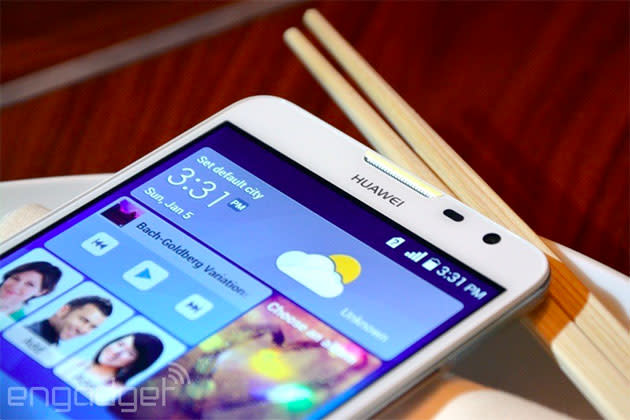 If two heads are better than one, does that mean two mobile operating systems are better than one? Huawei seemed to think so. CMO Shao Yang recently told TrustedReviews that it was working on a phone that ran Android and Windows Phone, but the company did an about-face today and said it has "no plans" to launch such a dual-booting Frankenphone. When Yang first brought up the notion, he said that an Android/Windows Phone combination could be more enticing to consumers than a standalone WP device. He may have had a point (if only because of sheer novelty), but c'mon now: while geeks may swoon, average phone buyers probably wouldn't embrace it as enthusiastically. Even if Huawei made switching between platforms seamless (a very big if, mind you), users would still have to grapple with the intricacies of two very different OSes. The world probably won't mourn the loss of Huawei's hybrid, but hey -- at least the dual-boot dream lives on with Ubuntu and Karbonn.

In this article: android, dualboot, huawei, mobilepostcross, smartphone, windowsphone, windowsphone8
All products recommended by Engadget are selected by our editorial team, independent of our parent company. Some of our stories include affiliate links. If you buy something through one of these links, we may earn an affiliate commission.