What's coming to Netflix in November: 'The Irishman' and 'Queer Eye'

Netflix is working on a song-inspired Dolly Parton series

Netflix signs Jane Fonda and Lily Tomlin to original series, but what about Dolly? 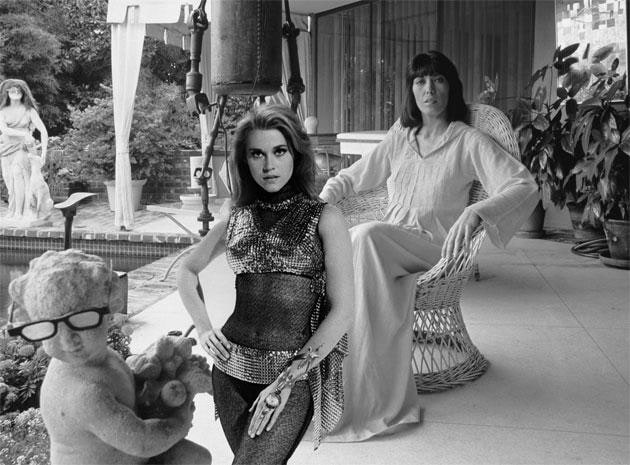 When Lily Tomlin, Jane Fonda and Dolly Parton came together to form the holy trinity of dark comedy in 1980's 9 to 5, VHS was still relatively young. Fast-forward 34 years and your VCR (if you still have one) is likely covered in dust and cobwebs, but the star power of those three women hasn't faded. Netflix, the company arguably responsible for the death of the video store, is bringing Lily Tomlin and Jane Fonda together again for yet another original series called Grace and Frankie. The comedy, which shares a creator with Friends, will run 13, 30-minute episodes, and finds Grace (Fonda) and Frankie (Tomlin) as bitter rivals brought together when their husbands fall in love and announce plans to get married.

Netflix has seen previous success with original hit series like Orange is the New Black and Emmy-award-wining House of Cards, and recently announced that it surpassed HBO in paid US subscribers. There are no specifics on an airdate for Grace and Frankie, or whether Dolly Parton will appear in a cameo (please, oh pop culture gods!), but Ted Sarandos, Netflix Chief Content Officer, has called it "anything but wholesome." Fingers crossed that means we'll see Fonda returning to her roots with some Barbarella-esque oddity.

In this article: dolly parton, dollyparton, Grace and Frankie, hdpostcross, jane fonda, Lily TOmlin, Netflix, Netflix Original Series, original series, streaming, tv
All products recommended by Engadget are selected by our editorial team, independent of our parent company. Some of our stories include affiliate links. If you buy something through one of these links, we may earn an affiliate commission.