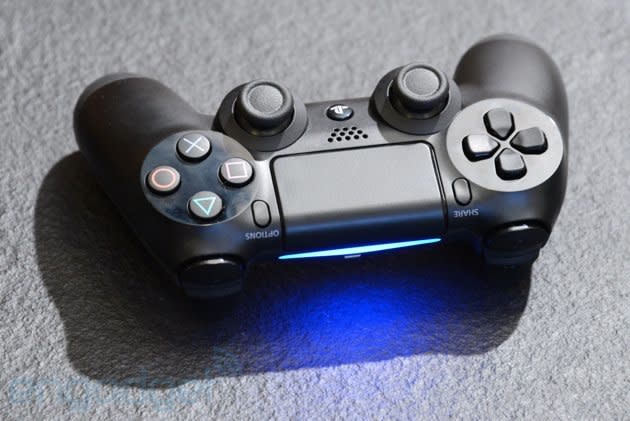 It may seem like minor news, especially considering the hoopla over Sony's Virtual Reality this week at GDC, but the PlayStation 4's DualShock 4 controller is about to get a firmware fix. In an interview with Geoff Keighley of Spike TV, Shuhei Yoshida, Sony PlayStation's head of Worldwide Studios, confirmed that a future firmware update (we're not sure if it's console- or controller-specific like on Xbox One) will give gamers the option to turn off dim the controller's light bar. If you own a PS4, then you know just how preciously short-lived the DualShock 4's battery life can be. The ability to muffle that glaring light should help extend the DS4's longevity, but only slightly. Still, it's a major boon for the community, and those of us that like our controllers to be less of a night light and more of a gamepad.

Update: Yoshida clarified on Twitter that the firmware update will only dim the DualShock 4's light bar, not disable it entirely.

@geoffkeighley no, I said dim the LED, not turn off

In this article: dualshock4, GDC, gdc2014, hdpostcross, PlayStation, Playstation4, ps4, ShuheiYoshida, sony
All products recommended by Engadget are selected by our editorial team, independent of our parent company. Some of our stories include affiliate links. If you buy something through one of these links, we may earn an affiliate commission.