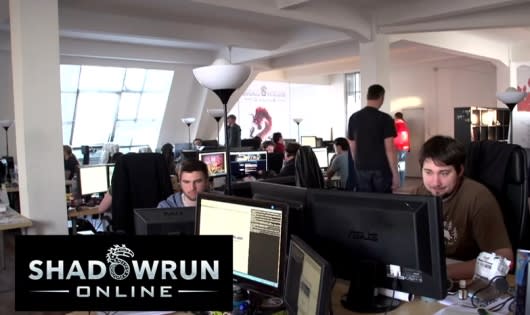 You might be able to play Shadowrun Online sooner than expected, as the title is heading to Steam Early Access on March 31st.

In a new video, Managing Director Jan Wagner announced the Early Access release and answered several questions that the community has had for the game. He said that this version of the game will be a "prequel" with many of the core elements from Shadowrun Online, such as combat and PvP. Wagner explained why the game slipped from 2013 (they had to recode the game from scratch), promised a future DRM-free version, and assured the addition of "more building blocks" every four to six weeks as the development progresses.

You can watch the full video after the break.

[Thanks to Chris for the tip!]

In this article: alpha, beta, cliffhanger, cliffhanger-productions, community-q-and-a, early-access, f2p, fantasy, faq, free-to-play, jan-wagner, sci-fi, shadowrun, shadowrun-online, steam, steam-early-access, video
All products recommended by Engadget are selected by our editorial team, independent of our parent company. Some of our stories include affiliate links. If you buy something through one of these links, we may earn an affiliate commission.