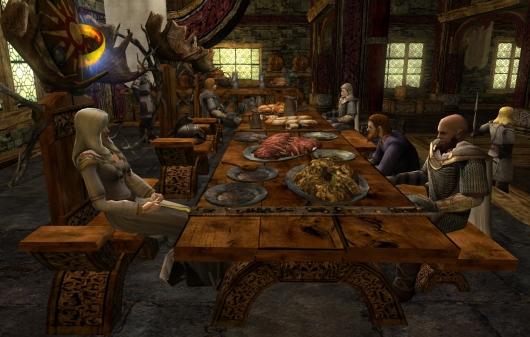 Turbine has opened up the doors for fans to apply to be part of Lord of the Rings Online's second Player Council. The studio will take the best of the applications along with its own picks from the community to be part of this influential board that meets with the devs and discusses current issues and upcoming content.

Applicants for the Player Council have to be 18 or older, have played LotRO for six or more months, and be able to converse in English, among other requirements. Members will actively serve for an entire year and be under an NDA during that time period.

Turbine will announce the members of the second Player Council on April 24th.
In this article: 2014-player-council, applications, f2p, fantasy, free-to-play, lord-of-the-rings, lord-of-the-rings-online, lotro, nda, player-council, turbine, turbine-entertainment
All products recommended by Engadget are selected by our editorial team, independent of our parent company. Some of our stories include affiliate links. If you buy something through one of these links, we may earn an affiliate commission.