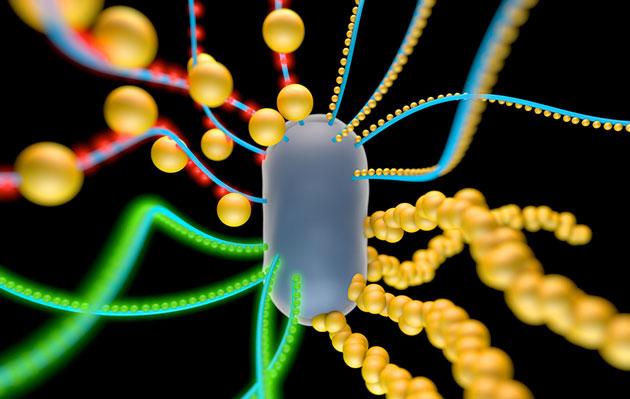 If Moya, Species 8472 and the White Star are any indication, then science fiction has always had a love affair with the idea of living spaceships crafted from genetically engineered material. We're not at that point yet, but a team at MIT has harnessed E. coli's natural ability to produce biofilms -- the pink slime you find in the shower if you're not too good at cleaning -- in order to build primitive structures. Even better, is that when the team added gold nanoparticles to the mix, the cells formed rows of nanowires that are capable of conducting electricity. The point of all this, of course, is to develop objects that react to their environment and regulate their activity accordingly. Researcher Timothy Lu told The Register that he was hoping the tech could be used to construct a living chair that adapts to your posture -- although the more we think about it, the more creeped out we are by the idea.

In this article: E. coli, living materials, MIT, Timothy Lu
All products recommended by Engadget are selected by our editorial team, independent of our parent company. Some of our stories include affiliate links. If you buy something through one of these links, we may earn an affiliate commission.