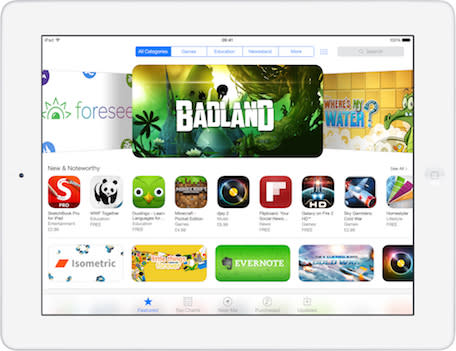 Last week British Chancellor George Osborne introduced the UK's annual budget for the year ahead. It included, among other things, a change that may affect the price of apps and media in the UK App Store and iTunes Store by up to 20%. As The Guardian reports:

George Osborne's latest budget could spell an end to 99p song downloads by closing a tax loophole that meant consumers were paying VAT at very low foreign rates on online purchases of books, music and apps.

The chancellor will bring in new laws making sure that internet downloads are taxed in the country where they are purchased, meaning web firms such as Amazon and Apple will have to charge the UK's 20% rate of VAT. At the moment they are allowed to sell digital downloads through countries such as Luxembourg, where the tax rate is as low as 3%.

In a little-noticed announcement, Osborne said he would used this year's finance bill to impose the new law from 1 January 2015.

As The Guardian notes, the new tax is a way for the UK government to reclaim the taxes that large companies currently avoid by basing regional headquarters in low-tax countries. MacRumors also notes that apps could be less affected than other media, as apps are already taxed at a 15% rate, meaning their prices may only increase 5%.

In this article: app store, news roundup, uk, united kingdom
All products recommended by Engadget are selected by our editorial team, independent of our parent company. Some of our stories include affiliate links. If you buy something through one of these links, we may earn an affiliate commission.