NSA may have spied on 122 foreign leaders 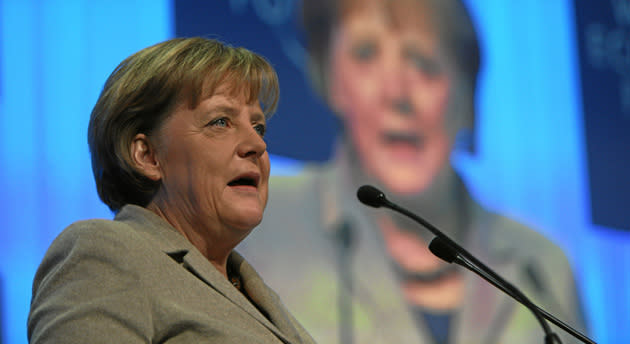 We've known for a while that the NSA has spied on German Chancellor Angela Merkel and other international leaders, but it now looks like that surveillance was just the tip of the iceberg. Der Spiegel and The Intercept have published an Edward Snowden leak revealing that the NSA snooped on as many as 122 foreign heads of state in 2009, ranging from Merkel to Ukranian Prime Minister Yulia Tymoshenko. A custom search system, Nymrod, helped the US agency both locate transcripts of those leaders' communications as well as secret reports. The National Security Council tells The Intercept that President Obama's administration hasn't tracked Merkel and doesn't plan to start, but it also didn't deny that the German leader had once been under close watch.

That's far from the only espionage to have taken place in Germany, however. Der Spiegel adds that Britain's GCHQ reportedly conducted wide-scale surveillance of German communications firms, including satellite providers Cetel and Stellar as well as equipment provider IABG. As with its Belgian monitoring operation, the UK looked for network administrators, executives and other "access chokepoints" it could use to infiltrate the companies' systems and spy on key suspects. GCHQ isn't commenting on the leak other than to say its actions are "authorised, necessary and proportionate." Germany begs to differ, though -- its Federal Prosecutor is investigating the possibility of espionage charges related to the breaches.

In this article: angelamerkel, cetel, edwardsnowden, espionage, gchq, germany, internet, merkel, nsa, nymrod, spying, stellar, surveillance, uk
All products recommended by Engadget are selected by our editorial team, independent of our parent company. Some of our stories include affiliate links. If you buy something through one of these links, we may earn an affiliate commission.