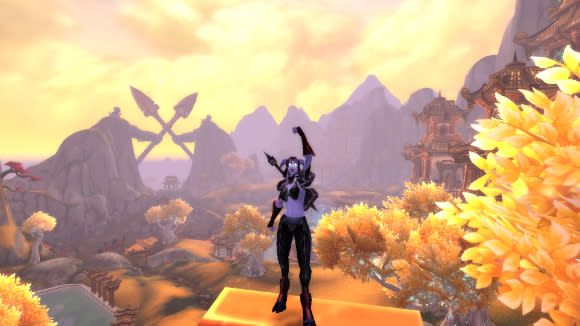 This might be an obvious statement for those of us around here, but as it turns out, we're not antisocial. A new study has proven that gamers are not just basement-dwelling loners. In other words, everyone you see at BlizzCon did not just come out of their mother's house to talk about WoW -- they really are socially well-adapted people who enjoy the company of others.

This combats the stereotypes typically associated with gamers. More studies like these are an important step in eliminating the stigma associated with the online gaming community, and can go a long way in places of business and with health care in making "serious" online gaming like WoW more of an acceptable hobby. Now of course we consider it acceptable, however the CEO of Super Mega International World Corp might not agree.

The only problem with this study is that it viewed gamers already acting in social situations. Now given that they picked these gamers from that group, there would be a natural tendency for them to be more inclined to normalized social behavior. However at the same time, the study would have easily been able to pick up on outliers in the social interaction (meaning that their only social interaction was say, BlizzCon). The study found that this social interaction was deep and not just limited to one thing -- so while the population might not be ideal, the data still holds up (for the most part).

In this article: antisocial, eric-cartman, gamer-study, were-not-antisocial-yay, wow-study
All products recommended by Engadget are selected by our editorial team, independent of our parent company. Some of our stories include affiliate links. If you buy something through one of these links, we may earn an affiliate commission.