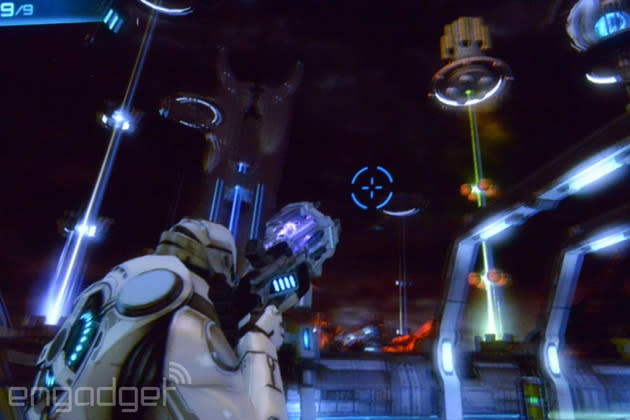 Amazon's new Fire TV media hub may be focused on video, but it's going to have a significant game roster -- including some examples from the company itself. Amazon Game Studios is building more than a dozen titles for the set-top box that include Sev Zero, a Gears of War-like sci-fi shooter. You'll have some third-party games to choose from, of course, such a special port of Minecraft Pocket Edition, a Monsters Inc. endless runner, the arcade racer Asphalt 8 and You Don't Know Jack. "Thousands" of games will be available within a month, and you'll see software from major developers like Ubisoft and Take-Two. While you shouldn't count on Fire TV replacing your PS4 or Xbox One anytime soon, it's evident that you won't be hurting for things to play.

Update: Amazon has posted a video teasing some of the Fire TV and Kindle Fire games that it's working on. Check it out below!

Update 2: Want to see the complete list of launch apps and games for the Fire TV? Check them out here.

In this article: amazon, amazongamestudios, amazonvideo2014, firetv, gaming, hdpostcross, minecraft, monstersinc, sevzero, video, videogames
All products recommended by Engadget are selected by our editorial team, independent of our parent company. Some of our stories include affiliate links. If you buy something through one of these links, we may earn an affiliate commission.