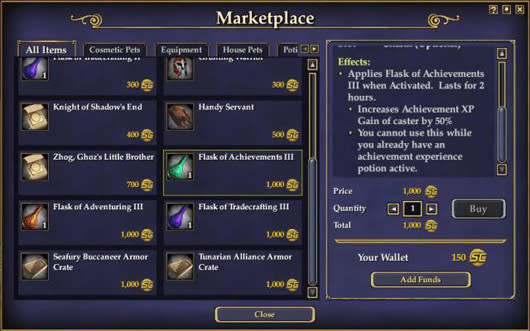 IGN has published yet another article stemming from its recent interview with SOE's Dave Georgeson. The EverQuest franchise development director says that the free-to-play business model is a no-brainer from a gamer's perspective.

"I think that free-to-play is the way that gamers should want their MMOs to be," Georgeson explains, "and the reason I think that is that if we don't do a really good job and we don't entertain the player, we don't make a dime."

Georgeson's vehement defense of F2P is interesting in terms of its timing, as this week sees the launch of one of the year's big-budget subscription-only titles, with another to follow in June. Georgeson maintains that game developers are effectively street performers. "We go out there and sing and dance and if we do a good job, people throw coins into the hat," he says. "And I think that's the way games should be, because paying $60 up front to take a gamble on whether the game is good or not? You don't get that money back."
In this article: dave-georgeson, dave-georgeson-interview, eq, eq-next, eqn, everquest, everquest-next, f2p, fantasy, gamers-should-want-f2p, interviews, sandbox, soe, sony-online-entertainment
All products recommended by Engadget are selected by our editorial team, independent of our parent company. Some of our stories include affiliate links. If you buy something through one of these links, we may earn an affiliate commission.