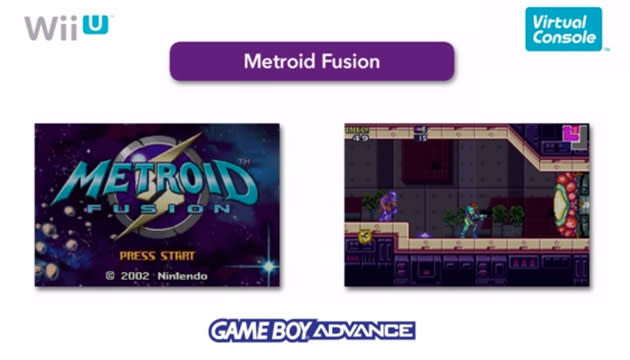 Don't worry if you gave away your Game Boy Advance years ago -- you now have an easy way to indulge your nostalgia for the early 2000s. As promised, Nintendo has released its first batch of GBA Virtual Console games on the Wii U's eShop at a cost of $8 per title. The early roster is small, but instantly recognizable to veterans. Strategy lovers can check out Advance Wars, while Mario & Luigi: Superstar Saga and Metroid Fusion are on tap for fans of role-playing games and side-scrolling shooters. And that's just the start of Nintendo's planned launches this month. The studio is releasing Kirby & The Amazing Mirror and WarioWare, Inc. on the 10th; F-Zero, Golden Sun, Super Mario Bros. 3 and Yoshi's Island are on deck for the following weeks. We wouldn't pick up a Wii U solely for the sake of the GBA catalog, but it should give you something to play while you're waiting for more contemporary games.

In this article: eshop, gameboyadvance, gaming, gba, kirby, metroid, nintendo, supermario, video, videogames, virtualconsole, wiiu
All products recommended by Engadget are selected by our editorial team, independent of our parent company. Some of our stories include affiliate links. If you buy something through one of these links, we may earn an affiliate commission.