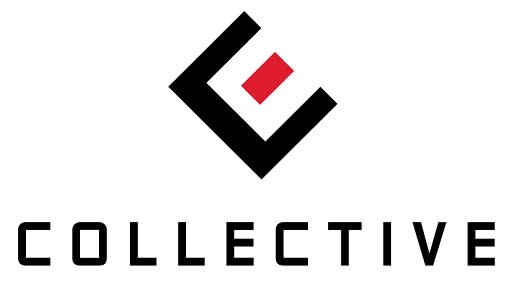 Square Enix opened the doors for all developers to submit game ideas to its Collective platform today, which curates ideas and pushes them forward to the crowdfunding space. The publisher previously tested the waters with three games, two of which received a thumbs-up from the voting community: World War Machine and Moon Hunters. Crackdown 2 developer Ruffian Games received 60 percent "No" votes for its project, Game of Glens. New submissions going forward will be published every Monday.

The Square Enix Collective allows indie developers to submit their projects to the community for a Steam Greenlight-esque voting process, which takes place over the course of 28 days. Once a project gains approval by the community, Square Enix assists the developers in crowdfunding the game via a partnership with Indiegogo. Of the three test-phase projects, only Tuque Games' World War Machine (which received a 90 percent positive vote from the community) will move forward to the funding part of the program at the moment, and is scheduled to do so near the end of the month.

Square Enix announced the Collective program in October, at which point it revealed plans to open up older IPs from Eidos' backlog for prospective designers to toy with. The publisher is still hammering out the details of this option, so it is only accepting original IPs from developers for now, but will start with the Gex, Fear Effect and Anachronox properties when the time comes. Developers interested in joining the program should check Square Enix's terms and conditions.
[Image: Square Enix]
Show full PR text
SQUARE ENIX COLLECTIVE OPENS AFTER SUCCESSFUL PILOT PHASE
Tuque Games' World War Machine first game going through to crowdfunding

London, April 4, 2014: Square Enix Collective today opens its doors fully for developers to submit original game ideas. Teams can now access the site's CMS directly and upload pitches which, once submitted and checked against submission criteria, could then be published on the Collective platform.

Following the completion of the initial three-project pilot phase, the Collective platform has undergone some additional development work taking into account developer and consumer feedback and is now ready for the full live launch.

"The pilot phase went really well, we learned so much during the test month and the teams we worked with; Tuque Games, Kitfox Games and Ruffian Games, have given great and useful feedback," said Phil Elliott, project lead for Collective. "Now it's over to you as we open up the platform on an ongoing basis, and see what sort of ideas come in, from developers all around the world and what gamers think of those ideas."

Collective is open for new submissions from today and pitches will be published every Monday, starting when the first pitches are received. A full list of submission criteria is included in the developer terms of use and is available for anybody to see here.

The first of the teams to come through the pilot phase, Tuque Games, with World War Machine will begin a crowdfunding campaign via a Collective/Indiegogo campaign page towards the end of April.

"World War Machine obviously caught the eye of a lot of people," added Elliott. "With 90% of those who voted on the project indicating potential backing through crowdfunding, we're very happy that Tuque Games decided to accept our offer for continued support on Indiegogo, we'll let you know when the campaign page is live."

The option for teams to use older Eidos IP (Gex, Fear Effect and Anachronox) will be added at a later date as the details are finalised. Collective aims to be a fully transparent platform and all details will be shared in the developer terms of use. This means that at this time Collective will only accept original ideas.

Collective was recently nominated for a GamesIndustry Innovation Award, in the 'Innovation in Business' category, alongside companies such as Kickstarter, Valve, Supercell and Disney.
In this article: collective, community, crowdfunding, eidos, funding, game-of-glens, indie, indiegogo, kitfox-games, moon-hunters, ruffian-games, Square-Enix, square-enix-collective, tuque-games, voting, world-war-machine
All products recommended by Engadget are selected by our editorial team, independent of our parent company. Some of our stories include affiliate links. If you buy something through one of these links, we may earn an affiliate commission.