How to make the most of your new Apple Watch

OnePlus CEO confirms its first watch is coming in 'early' 2021 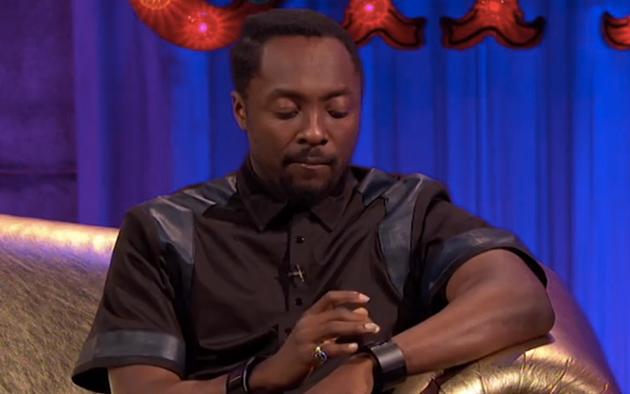 Will.i.am hasn't exactly had the best track record with hardware projects, but that doesn't seem to have dampened his enthusiasm for buzzy gadgets at all. That's why he showed off -- what else? -- his own smartwatch during a recent appearance on a British chat show called Alan Carr: Chatty Man.

"I started the company myself," he said before apparently tapping at a wrist-mounted touchscreen. "I funded it, used my own money to develop it."

The rapper-turned-entrepreneur is no stranger to tech (Intel named him its "Director of Creative Innovation" for reasons we can't quite fathom) but we'd advise you keep a few grains of salt handy anyway. We get a very brief glimpse at a display that actually seems to work, though the phone dialing sounds and music that he supposedly played seemed a bit too loud to be genuine. That said, he claims that his smartwatch doesn't need to be connected to a smartphone -- it can apparently stream stored music via Bluetooth and make calls all on its lonesome. Not enough for you? He also mentions it can access Twitter, Facebook, and Instagram.

So is this the real deal, or is Mr. I. Am a dedicated troll? Who knows, but if it's the latter he's really committed to the con: eagle-eyed forum goers at Smartwatch Fans snapped some images of that device strapped to his wrist while he was on the The Voice UK earlier this week. We've reached out to his camp for more info, and we'll update this story if they ever get back to us.

Update: A new tweet from the man himself indicates the device could launch in just a few months.

@chattyman I want to give you my device before it launches in july...

Update 2: And now he's tweeting at us to confirm the smartwatch's existence.

Yes, it is really real @emily...I will definitely share more info with you soon...http://t.co/yat2Gax1WJ

In this article: smartwatch, will.i.am, william, wtf
All products recommended by Engadget are selected by our editorial team, independent of our parent company. Some of our stories include affiliate links. If you buy something through one of these links, we may earn an affiliate commission.