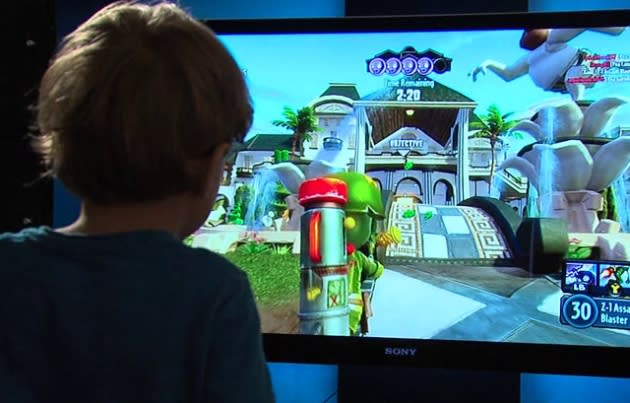 Kids: they're our future, and apparently are also great at finding backdoors within video game security measures. Take 5-year-old Kristoffer Von Hassel from the San Diego area, for instance. His parents were curious about just how their son was accessing games on Dad's password-protected Xbox One profile. Well, as KGTV in California reports, it was as easy as spamming the space key on the password verification screen. If you thought Kristoffer's dad would be mad though, you'd be 100 percent wrong. The elder Von Hassel works in computer security and was pleased as punch when he learned how. The father and son team reported the backdoor to Microsoft, and Redmond rewarded Kristoffer with a year of Xbox Live, four games and $50. Had you been abusing this exploit yourself and were wondering why it went away, well, now you have the answer. The most ironic aspect of the whole ordeal? In the video below, Kinect recognizes the younger Von Hassel's guttural vocalizations and takes him to the Xbox One dashboard -- most of the times we ask nicely to launch Titanfall nothing ever happens.

In this article: gaming, hacking, hd, hdpostcross, microsoft, PlantsVsZombies, plantsvszombiesgardenwarfare, XboxLive, XboxOne
All products recommended by Engadget are selected by our editorial team, independent of our parent company. Some of our stories include affiliate links. If you buy something through one of these links, we may earn an affiliate commission.