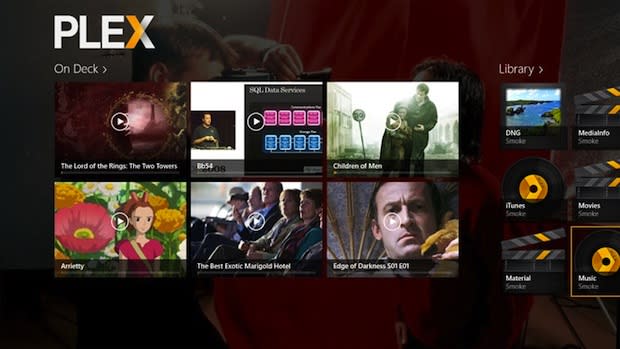 When Microsoft revealed the Xbox One's independent developer program (and more recently, universal Windows apps) we hoped it could provide access for more than just games -- and it looks like that's happening. Developer Tyson Edwards reveals he's been approved by ID@Xbox to develop a Plex client for Xbox One, bringing better access to video, music and photo streaming than the console's DLNA support or web browser can provide.

While the work going on isn't an official Plex project, they could base an official client on its technology. Tyson tells us he's working to bring all the features of the current Windows 8 Modern UI Plex app to Xbox One, plus voice and motion control via Kinect. He says the platform has been surprisingly easy to work with so far, and since universal Windows apps won't be available until later this year, an Xbox-specific version will be released "as soon as it's ready." So PS4, it's your move on media support -- DLNA, MP3, Blu-ray 3D, CD, anything?

In this article: hdpostcross, id@xbox, microsoft, plex, tysonedwards, xboxone
All products recommended by Engadget are selected by our editorial team, independent of our parent company. Some of our stories include affiliate links. If you buy something through one of these links, we may earn an affiliate commission.