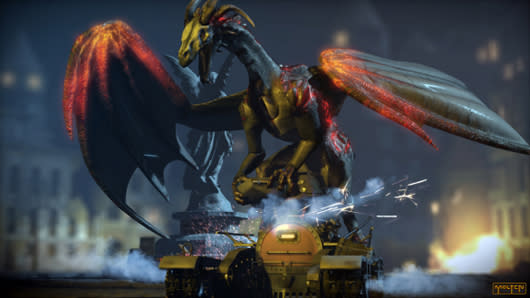 Former Molten Games lead producer Oksana Kubushyna has penned a lengthy requiem for the recently closed studio on her personal blog. Molten was working on a title called Blunderbuss when it unexpectedly lost its funding last month.

The post features a series of snapshots and videos detailing what it was like to work at the San Diego studio on a daily basis, and Kubushyna also says that the game itself was pretty far along. "It was a complete vertical slice with an installer, patcher, back-end platform (multiplayer, basic matchmaker, persistence, monitoring, telemetry), back-end administration tools, automated deployments, automated test framework, gameplay systems, UI, and of course content -- multiple champions and a beautiful map," she writes.

You can view the Blunderbuss cinematic demo after the cut.

In this article: blunderbuss, blunderbuss-video, fantasy, moba, molten, molten-games, molten-games-closure, oksana-kubushyna, studio-closure, video
All products recommended by Engadget are selected by our editorial team, independent of our parent company. Some of our stories include affiliate links. If you buy something through one of these links, we may earn an affiliate commission.