Everyone has probably day-dreamed of launching a space-ship from their backyard at some point. Well, now that NASA plans to release over a thousand of its software systems into the public domain, your idle musings could become a reality. On April 10th, the outfit is dropping a ton of free code for things like life support systems, aeronautics and, as Wired reports, even cryogenics, online for your perusal. This is an extension of what it's been doing with its technology transfer program for the last 50 years, and like Data.gov and DARPA's Open Catalog before it, the result of President Obama's push to open government data to the public and digitize it for easy access.

The source code will be spread across SourceForge, GitHub and NASA's website for now, but by next year it should be consolidated in one easy-access database. What's more, NASA said that post release it'll keep adding new code to the database. Now is the time to vote for a favorite space suit if you already haven't -- you just might need one after all.

In this article: alt, government, nasa, opendata, opensource, science, software, space
All products recommended by Engadget are selected by our editorial team, independent of our parent company. Some of our stories include affiliate links. If you buy something through one of these links, we may earn an affiliate commission. 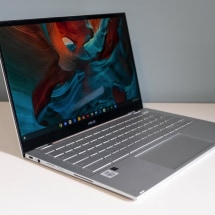