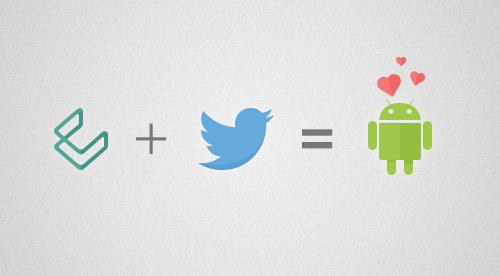 Twitter wants to be smarter. Or, rather, it wants your smartphone (and, presumably, tablet) to be a lot smarter. To do that, it's bringing app maker, Cover, in-house. The announcement, made today via Cover's blog, is light on any financial details, and instead focuses on the team's potential to make the mobile Twitter experience "more useful and more contextual" as that social service continues to scale up.

As a refresher for those of you just learning of Cover's existence, the startup's responsible for a contextually aware Android lock screen -- hence the acquisition -- that's been available in beta since last fall. But, it remains to be seen, whether or not that app will continue to receive support from the team. At present, Cover has no plans to abandon its users and pull the app from Google Play. Although, it's likely that app will sunset as the team gets to work on serving up Twitter when you most expect it.

In this article: acquisition, ContextAware, Cover, mobilepostcross, Twitter
All products recommended by Engadget are selected by our editorial team, independent of our parent company. Some of our stories include affiliate links. If you buy something through one of these links, we may earn an affiliate commission.