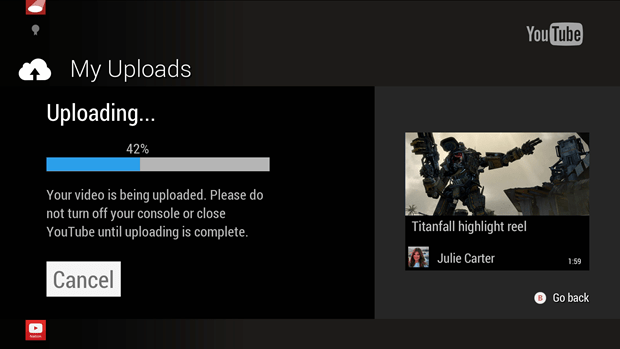 We can all agree that sharing gameplay footage on Xbox One via SkyDrive OneDrive isn't really the best social solution. Okay, so there's Twitch, too, but the holy grail of video sharing lies with YouTube. And, as of tomorrow, Xbox One owners will get just that as an app update will bring the much desired ability to share Game DVR footage directly to a user's YouTube channel. It's really as simple as that. Once the update hits, you'll need to dive into the console's settings menu and enable the social sharing feature first, but that's about as deep as it gets.

In this article: GameDVR, hdpostcross, microsoft, videosharing, XboxOne, Youtube
All products recommended by Engadget are selected by our editorial team, independent of our parent company. Some of our stories include affiliate links. If you buy something through one of these links, we may earn an affiliate commission.