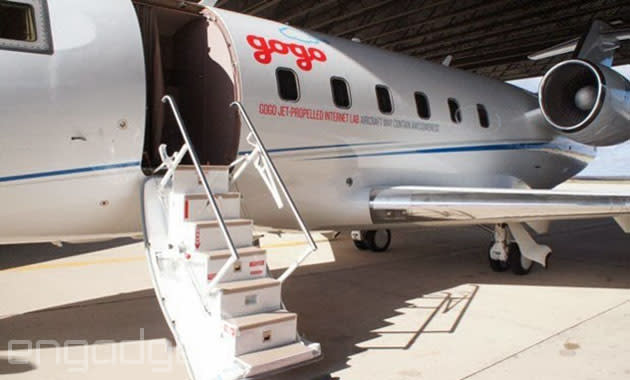 If low-speed airline WiFi has you stuck playing Words with Friends, streaming Netflix on an international flight might seem a distant dream. Gogo is aiming to make it happen soon, though, with its new 2Ku technology that promises 70 Mbps peak internet speeds -- seven times what it can do now. It works via a system of Ku-band and satellite antennas, similar to the GTO tech that'll soon be used for North American flights. On top of the improved WiFi speeds, that'll also bring better access in remote areas and airline fuel savings thanks to lower drag. Trials begin soon on international launch partner Japan Airlines, with a full-scale launch starting in mid-2015.

In this article: 70Mbps, Gogo, in-flight, In-flightWifi, internet, transportation
All products recommended by Engadget are selected by our editorial team, independent of our parent company. Some of our stories include affiliate links. If you buy something through one of these links, we may earn an affiliate commission.