Must See HDTV for the week of April 8th: Desolation of Smaug, Mad Men and Justified 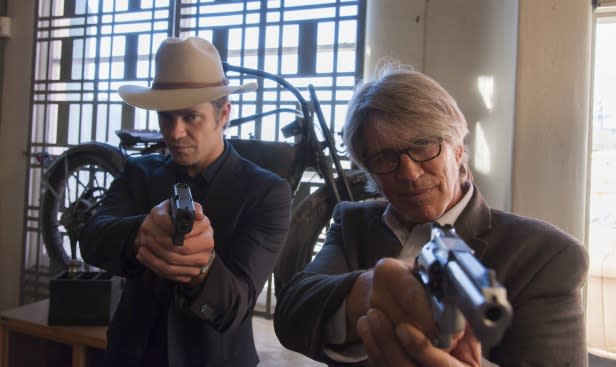 Now that the men's NCAA basketball tournament is over, it's back to the post-March Madness grind. The second Hobbit movie is out on Blu-ray this week, but TV viewers will be waiting until Sunday for the premiere of the final season of Mad Men. Tonight though, we're tuning in to the season finale of Justified as our favorite Elmore Leonard character stomps around the hills and valleys of Kentucky doing his U.S. Marshal thing. Today is also the day the world is introduced to Titanfall on Xbox 360. Check after the break for trailers plus our weekly listing of what to look out for in TV, Blu-ray and gaming.

In this article: desolationofsmaug, hdpostcross, hobbit, justified, listings, madmen, MustSeeHdtv, video
All products recommended by Engadget are selected by our editorial team, independent of our parent company. Some of our stories include affiliate links. If you buy something through one of these links, we may earn an affiliate commission.