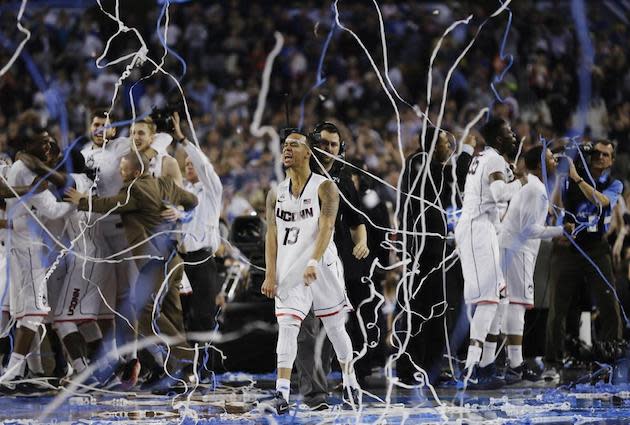 Hey, look, we all know the Super Bowl is a pretty big deal. But March Madness isn't that far off, both in terms of viewership and the great dose of excitement it injects into fans. And there are numbers to prove it too. According to Turner Sports, an NCAA partner, March Madness Live 2014 shattered all previous online viewing records for the tournament, netting a total of 69.7 million live streams. That statistic takes into account the different platforms in which the service was available this year, which included a website as well as apps on iOS, Android, Kindle Fire and Windows devices.

In retrospect, Turner reports that March Madness Live 2014 streams grew by 42 percent compared to last year, while TV Everywhere (aka sites and apps from pay-TV providers) also saw an increase in usage during the basketball tournament, with an 85 percent growth from March Madness 2013. All in all, the NCAA can be pleased by the response from people in 2014, who clearly took advantage of the streaming options it was able to provide in association with CBS, Turner Sports and cable/satellite companies.

In this article: hdpostcross, livestream, livestreaming, March Madness, MarchMadness, MarchMadness2014, NCAA, Sports, streaming
All products recommended by Engadget are selected by our editorial team, independent of our parent company. Some of our stories include affiliate links. If you buy something through one of these links, we may earn an affiliate commission.