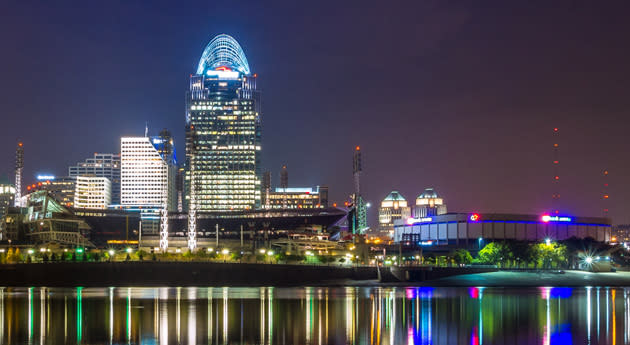 While many have been fretting over the possibility of reduced cellular competition if Sprint buys T-Mobile, some real reduction has just taken place. Cincinnati Bell has sold all of its spectrum to Verizon for $210 million, removing itself from the wireless industry. The regional carrier's network will run as usual until the deal's expected closure in the second half of 2014, but the company plans to move customers to other providers shortly after that. It's bowing out because it simply can't afford to compete -- it's too "economically challenging" to build an advanced network, CEO Ted Torbeck says. The move should help Cincinnati Bell concentrate on its fiber internet and TV plans, but it's not great news for subscribers who'd like to hold on to as many carrier choices as possible.

In this article: carrier, cellphone, cincinnatibell, mobilepostcross, spectrum, verizon, wireless
All products recommended by Engadget are selected by our editorial team, independent of our parent company. Some of our stories include affiliate links. If you buy something through one of these links, we may earn an affiliate commission.