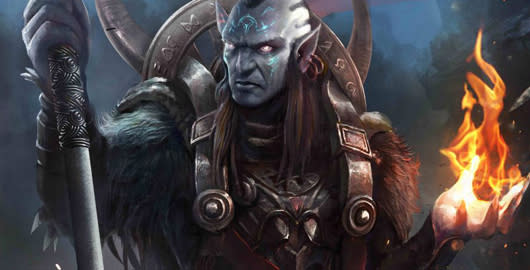 The game's UI, graphics, battlefields, and vehicles will be tweaked, and Snail says that "major" combat system, quest line, and PvE changes are already happening. While there's no date on the closed beta just yet, today's press release reveals that it will feature four new classes. You can click past the cut to read the full notice.

l Graphics - The new looks included in the game will aim to reinforce the core art concept of Black Gold Online: the mixing of industrial expansionism in a harsh, forbidding environment with the tribal and transcultural diversity of naturalism and magical fantasy.
l User Interface - The new UI is cleaner, more customizable and less obtrusive than in earlier versions, allowing players a freer view of the world around them while creating easy and convenient access to the various game windows.
l Game Features – Major changes are already underway including combat system, quest line, open world PvE, dungeons and instances. With these updates the core game play features of Black Gold Online will become broader, deeper and generally more enjoyable.
l Battlefields and Vehicles - The Battle Vehicle and War Beasts system will be receiving some important adjustments to offer greater personalization and customization, while improving the nature of the mounted PvP and reinforcing the core teamwork concept of the Military Battlefields and Energy Well battles.
l Classes - The latest version will get 4 new playable classes, two for Steam and Fantasy alignments each.

"With the completion of the Alpha Test from March 20th-31st, we received a considerable volume of feedback: some lauding, some critical, but most importantly a lot of useful ideas and suggestions for upgrades to the game," said Kee Zhang, producer of Black Gold Online, "We wanted to thank our community of fans by offering a little peek at what they can expect in the Closed Beta test coming soon."

In this article: beta, black-gold, black-gold-beta, black-gold-online, closed-beta, fantasy, snail, snail-games, steampunk
All products recommended by Engadget are selected by our editorial team, independent of our parent company. Some of our stories include affiliate links. If you buy something through one of these links, we may earn an affiliate commission.