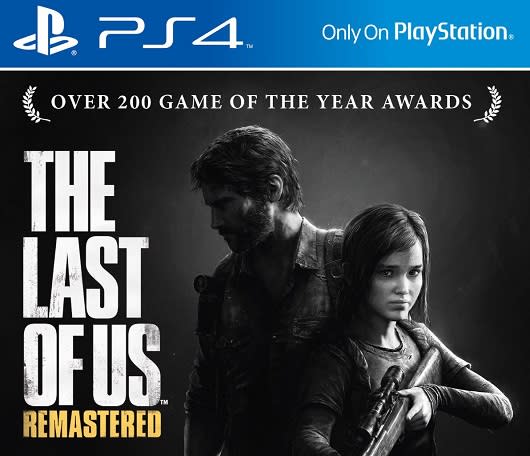 Update: Sony Worldwide Studios chief Shuhei Yoshida tweets the following message from SCEA's PR team: "SCEA can confirm The Last of Us Remastered is coming to PS4, and we'll be sharing more details with you shortly."

The PlayStation Blog offers some of those details and lists a release window of summer 2014. The game will feature commentary from Creative Director Neil Druckman, Joel voice actor Troy Baker and Ellie voice actress Ashley Johnson for all of the game's cinematics. Pre-orders receive a lineup of bonuses.

Original Story: The Last of Us is coming to PS4 in a "Remastered" edition, according to Sony's own advert on the Sony Entertainment Network Store. The banner, spotted on NeoGAF and verified by ourselves this morning, appears on the US storefront noting a $60 price tag and a "Day 1 Digital" release, although clicking it takes you to a broken link.

Sony has yet to formally announce the PS4 version of Naughty Dog's PS3 survival horror, although this is the second time it's let slip of a potential re-release. Sony Eurasia executive Sercan Sulun told CNN Turk last month that a PS4 version was on the way in the summer, with the Left Behind' DLC included. When we approached Sony about that, a representative told us, "At no time have we announced that The Last of Us is coming to PS4 and therefore, have nothing to say on the subject."

Unless whoever's in charge of Sony's US Store is playing the worst kind of joke, today's news is all but confirmation that a PS4 version is indeed on the way. I expect Sony will probably fill in the blanks in the near future, and it wouldn't be a surprise if what Sulun said last month proves to be accurate. We'll wait to hear more from Sony and will update this post with any further details that spill today.
[Image: Amazon]
In this article: naughty-dog, playstation, ps4, Sony-Computer-Entertainment, the-last-of-us, the-last-of-us-remastered
All products recommended by Engadget are selected by our editorial team, independent of our parent company. Some of our stories include affiliate links. If you buy something through one of these links, we may earn an affiliate commission.