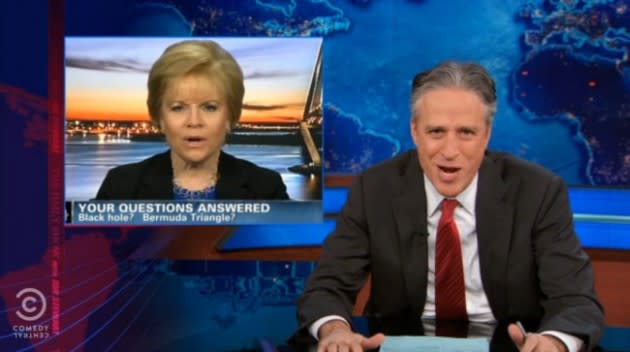 Since you're here, we figure you're pretty comfortable in using the internet to get your news. CNN has noticed that trend as well, and is making the jump to the next generation with CNNx. Initially available as an update for CNN's iPad app but intended for other set-top boxes and CNN.com in the future (no word on Android, iPhone or other mobile platforms, although live streaming is already widely available), it lets viewers skip through any story segments that have aired in the last 24 hours -- unfortunately that doesn't include The Daily Show's takedowns of its coverage, but you can see a screenshot of the app after the break.. That should end the frustration felt when you flip to the channel halfway through one interesting segment, and are faced with sitting through an hour of disaster-of-the-minute coverage to find out all the information. There's more than just video (live or on-demand) too, with related articles, pictures and social media just a click away.

CNN is a cable channel though, so you'll need a login from a participating provider (DirecTV, Cox and Verizon FiOS right now, but it will come to all services later this year) to use the TV Everywhere service, just like HBO Go. It's not live in the app store for us to try out just yet, but it will arrive later today. For now, there is a video preview explaining what CNNx is all about -- give it a peek and see if the ability to cherry-pick interesting stories is enough to pull you back into the 24-hour cable news cycle. In this article: apple, cable, cnn, cnnx, hdpostcross, ipad, news, timewarner, tveverywhere, video
All products recommended by Engadget are selected by our editorial team, independent of our parent company. Some of our stories include affiliate links. If you buy something through one of these links, we may earn an affiliate commission.