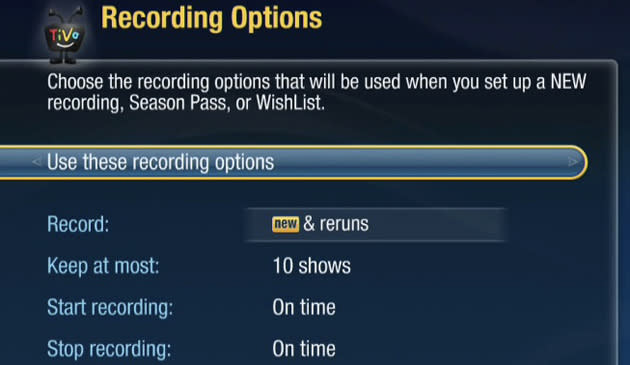 TiVo has been rolling out a firmware update that has given some DVR users a lot more than they were bargaining for. Officially, the refresh supplies Mini, Premiere and Roamio units with a very helpful page for default recording options as well as a host of bug fixes. However, that's when it's working -- quite a few subscribers have been dealing with glitches instead. Some Mini users have received an error that prevents installing the update without unplugging the set-top box for up to three days. Meanwhile, others have seen some of their gear roll back to older code, which can wipe out customizations and break multi-device setups. There are reports of spontaneous reboots and other hiccups, too.

The device maker is aware that the update hasn't exactly gone as planned, and notes that the rollbacks aren't intentional. It's not clear when everything will be straightened out; we've reached out to TiVo for more details. For now, viewers who've encountered rough spots in the new firmware will just have to sit tight.

Update: TiVo tells us that less than 200 boxes inadvertently received an older firmware update. The company is sending these units the right version "very soon."

@netnothing Nothing should be rolling back. I need TSNs of boxes that appear to have been rolled back. margret at tivo dot com

In this article: dvr, hdpostcross, hdpostmini, minipost, premiere, roamio, television, tivo, tivomini, tivopremiere, tv, update
All products recommended by Engadget are selected by our editorial team, independent of our parent company. Some of our stories include affiliate links. If you buy something through one of these links, we may earn an affiliate commission.