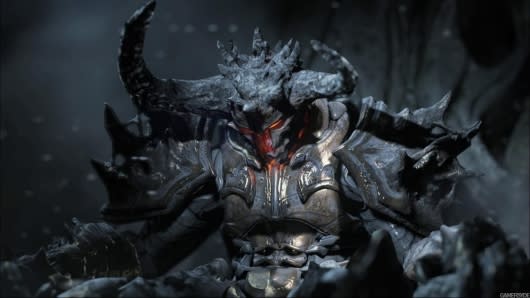 Windows Phone and Windows RT, the Microsoft operating systems for the company's smartphones and tablets respectively, could be getting a little more ... epic in the future. Epic Games co-founder and CEO Tim Sweeney told forum-goers that the company is working on implementing its Unreal Engine 4 on mobile Microsoft platforms.

"We have been doing some work in this direction (implementing various levels of WinRT API support) and we want to have Windows Phone support eventually, but we're a very long way from having a ship-quality implementation," Sweeney wrote on the Epic forums. "Right now our mobile efforts are really focused on iOS and Android based on their huge market sizes. We have a lot of work to do on these platforms before expanding to other mobile platforms such as WP."

In other words, while we might see Unreal Engine 4 support on Windows Phone and Windows RT in the future, for now it's still more likely to hear or read "coming soon to iOS and Android" than it is "coming soon to Windows Phone."
[Image: Epic Games]
In this article: epic, epic-games, mobile, unreal-engine-4, windows-phone, windows-rt
All products recommended by Engadget are selected by our editorial team, independent of our parent company. Some of our stories include affiliate links. If you buy something through one of these links, we may earn an affiliate commission.