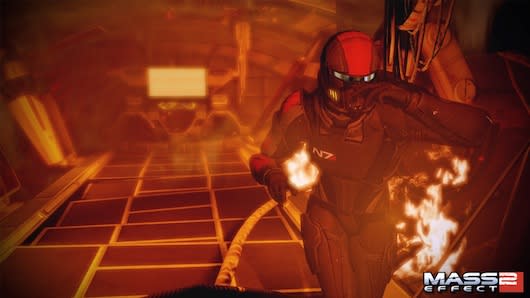 Welcome to Stiq Figures, where the sales data is after the break and the posts don't matter.
If you're going to send me on a 30-plus hour adventure, you've gotta sell me on the time investment first. Creating an opening that compels players to press on is a challenge every development team faces, but it feels like one of those talents that often goes unpraised. Of course we expect to be drawn into our brand new games - after all, we paid the price of admission to be entertained! With the amount of mechanics and characters a game needs to introduce in its early hours though, it must be tough to decide what to start off with.

Commending Mass Effect 2 for its introduction might feel a little odd, given that most of its audience got well-acquainted with Commander Shepard's arsenal in the first leg of his/her trilogy. Still, ME2 wastes no time drawing players back into its universe before shattering the sense of security many associated with the Normandy. The moment the flame-engulfed ship's second-story door opened to the deafening vacuum of space, I was 100 percent ready to hand my life over for the following weeks.

Final Fantasy 8 had dense, on-the-nose tutorials for most of its combat, but its opening scene made up for it in my mind. As the camera zoomed above ocean waves and budding fields, cutting between a dramatic duel with bizarre swords and a girl with feathery wings, I was equal parts confused and enthralled. I had no idea what was happening, but if the answers were hidden somewhere in FF8's discs, I was resolved to find them.