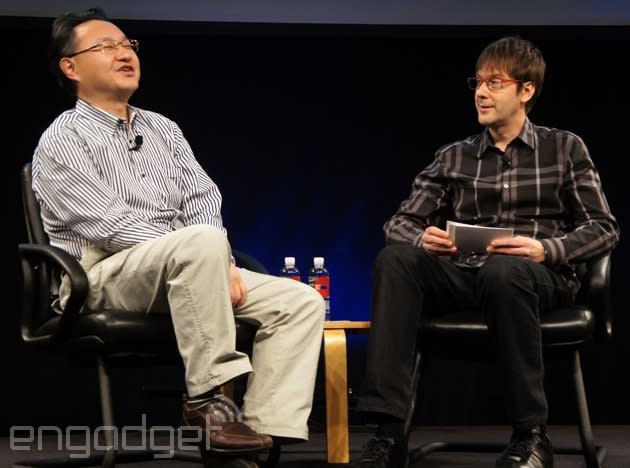 Earlier this month we were in the audience to see two gaming legends talk at length about the history of PlayStation, but if you want to watch PlayStation's head of Worldwide Studios and the PS4's lead designer have a lengthy chat for yourself, a video of the conversation is now available. Over the course of roughly 90 minutes, Shuhei Yoshida and Mark Cerney cover everything from the former getting banned from Nintendo's Miiverse (twice), how the PS Move controller signaled a new era of design teamwork at Sony and what it was like working under SCEA's legendarily hard-nosed chief, Ken Kutaragi. This type of insight typically isn't seen much outside of the annual Game Developer's Conference, so fire up the Chromecast, pour a frosty beverage and enjoy.

In this article: ComputerHistoryMuseum, gaming, hd, hdpostcross, markcerny, PlayStation, ps4, ShuheiYoshida, sony, video
All products recommended by Engadget are selected by our editorial team, independent of our parent company. Some of our stories include affiliate links. If you buy something through one of these links, we may earn an affiliate commission.