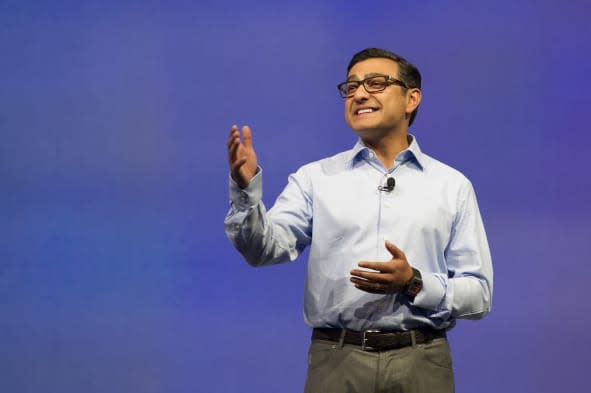 Vic Gundotra, who is known for his role in building Google's social network, has announced that he's leaving the company after a tenure of eight years. Appropriately, Gundotra made his intentions known in a post on Google+, saying that "now is the time for a new journey, a continuation." He was careful not to mention any specifics about what lies ahead, other than stating that he's "excited about what's next." Gundotra came to Google in 2007 and helped pioneer the company's push into the mobile space by leading the mobile and developer relations teams. He headed up the Google+ project after Buzz was scrapped, which at the time was considered a risky move.

We're unsure of the circumstances behind Gundotra's departure, but an anonymous person recently posted on Secret that he was interviewing elsewhere (probably not Microsoft/Nokia). Regardless of what happened behind the scenes, the show must go on; what's in store for the social network now? Reports from GigaOm and Re/Code say that Dave Besbris, VP of Engineering for Google+, will fill the vacancy. (Update: Google has confirmed to us that this is true.) CEO Larry Page also took to G+ to offer his thanks for Gundotra's efforts over the years, mentioning that "we'll continue working hard to build great new experiences for the ever increasing number of Google+ fans."

In this article: google, google+, googleplus, mobilepostcross, uk-feature, vicgundotra
All products recommended by Engadget are selected by our editorial team, independent of our parent company. Some of our stories include affiliate links. If you buy something through one of these links, we may earn an affiliate commission.