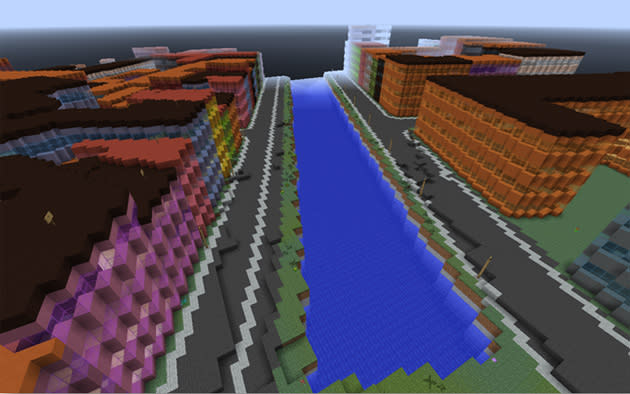 Since the US government opened its troves of public data we've seen some pretty neat projects like climate-change prediction tools and deforestation-monitoring systems. Denmark, on the other hand, has taken a different approach: the Danish Geodata Agency used internally developed topographic maps and elevation models to build a 1:1 recreation of the happiest country within Minecraft's blocky confines. Unlike the virtual Great Britain we've seen before, this pixelated Denmark is more than just natural features like hills and forests. As Ars Technica has spotted, it includes accurate replicas of highways, homes, landmarks and businesses too. The project was intended to showcase the country's open-data initiative to its students and educators, but anyone can take a gander until the Danish government's game servers shut down in late October. Server rules, however, have disabled enemies and TNT -- no Creeps allowed, naturally.

In this article: data, denmark, gaming, hd, hdpostcross, mapping, minecraft, opendata, pc, PcGaming, TopographicMap
All products recommended by Engadget are selected by our editorial team, independent of our parent company. Some of our stories include affiliate links. If you buy something through one of these links, we may earn an affiliate commission.