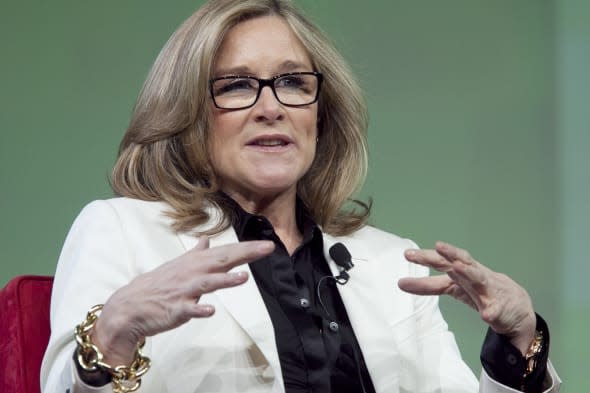 Apple announced this past October that it had tapped Burberry CEO Angela Ahrendts to serve as the company's Senior VP of Retail. While there was some speculation as to just when Ahrendts would specifically assume her post, Tim Cook announced during Apple's earnings conference call last week that Ahrendts begins her tenure at Apple this week.

Before her tenure at Burberry, Ahrendts spent time at both Liz Claiborne and Donna Karan. Clearly, Ahrendts will be bringing an impressive amount of fashion and luxury retail experience to the table. Over and above that, Ahrendts as Burberry CEO seemed rather adept at fusing the worlds of fashion and technology, leveraging the latter to help propel the former. Apple's initial press release announcing the hire described Ahrendts' job duties as follows:

Ahrendts will have oversight of the strategic direction, expansion and operation of both Apple retail and online stores, which have redefined the shopping experience for hundreds of millions of customers around the world. Apple retail stores set the standard for customer service with innovative features like the Genius Bar, Personal Setup and One to One personal training to help customers get the most out of their Apple products.

For those particularly interested in Ahrendts' rise to prominence, CNET has an interesting in-depth feature on her that you can check out over here.

In this article: angela ahrendts, apple retail, executives
All products recommended by Engadget are selected by our editorial team, independent of our parent company. Some of our stories include affiliate links. If you buy something through one of these links, we may earn an affiliate commission.