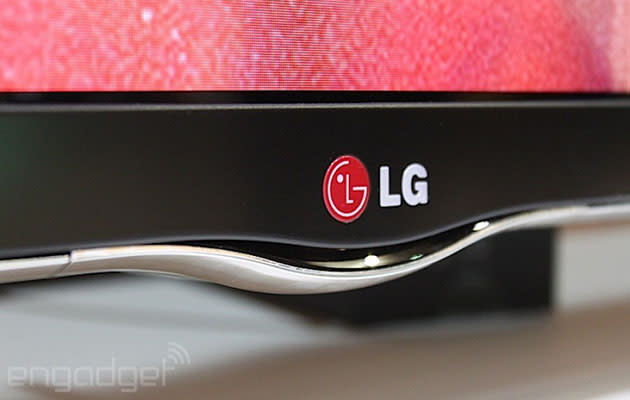 While LG's earnings and profits are dwarfed by Samsung, at least it has some bragging rights this quarter. Unlike its Korean arch-enemy, LG actually made money with its home entertainment and display division, which it chalked up to better sales in large TVs. In fact, the company claims it now sells more big-screen displays than any other, including Samsung, with a 27 percent share of the market worldwide. That helped contribute to 14 trillion won ($13 billion) in total sales, with an operating profit of 504 billion won ($471 million) -- triple what it managed the same time last year. (For a sense of scale, Samsung pulled in around $52 billion dollars and made $8 billion or so in profit.)

LG didn't do bad in mobile, either, as it shipped 12.3 million smartphones, almost 20 percent more than last year. (Again, for a little perspective, Samsung sold 112 million smartphones in the same period.) Another feather in its cap was a 79 percent increase in LTE smartphone sales over last year -- though that also reflects a significant uptick in 4G infrastructure around the world. Despite those bright spots, the company still lost a bit of money from its mobile division. However, LG confirmed that it's set to launch the G3 during the next quarter, as expected. That should boost sales, since that handset will succeed its best-selling G2 model.

In this article: 4K, earnings, financials, GPro2, lg, LGGPro2, profits
All products recommended by Engadget are selected by our editorial team, independent of our parent company. Some of our stories include affiliate links. If you buy something through one of these links, we may earn an affiliate commission.