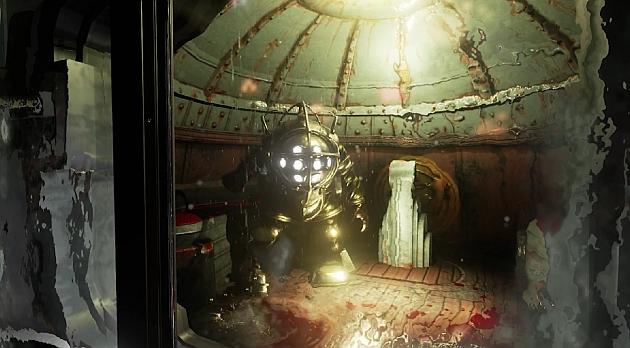 When it launched almost seven years ago, BioShock was quite the looker thanks to its stylized aesthetic and the custom version of Unreal Engine 2 under its hood. The game has held up pretty well in terms of visuals (all that water!), but it's certainly starting to show its age. Don't get us wrong, we love the original. It's just that we wouldn't turn down a new version of the game running with all the bells and whistles that Epic's next-gen development tools offer, either. Well, as Kotaku has spotted, an enterprising indie dev has kindly done something along those lines.

What you see in the fan-made video below is the result of YouTuber noodlespagoodle taking assets from the 2007 release and dropping them into Unreal Engine 4. In doing so, Andrew Ryan's failed paradise somehow feels even more moody and claustrophobic than before, the iconic Big Daddies all the more menacing. Sadly, the clip is pretty short and has us jonesing for a shiny new Eve hypo. With the fate of BioShock up in the air, however, it's anybody's guess if something like this could actually happen.

In this article: BigDaddy, bioshock, gaming, hd, hdpostcross, noodlespagoodle, rapture, Unreal, UnrealEngine4, video
All products recommended by Engadget are selected by our editorial team, independent of our parent company. Some of our stories include affiliate links. If you buy something through one of these links, we may earn an affiliate commission.