Facebook’s ‘privacy-focused’ plan is another diversion

Get ready for even more third-party AR filters on Instagram 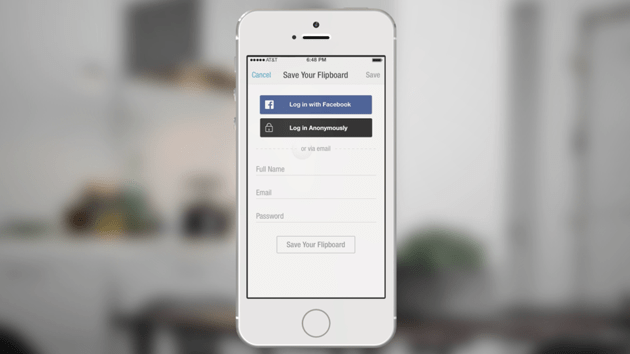 Just in case you've always been skittish about offering up your Facebook credentials when logging in to third-party apps, the company has just announced at its f8 developer's conference that it'll finally let you login to them anonymously. As it suggests, this will let you use the app so that it doesn't remember your username or password, but it also won't let you share any info to Facebook. According to the company, this is especially useful when you're trying out an app for the first time as you learn to see if you like it first before you entrust it with your info. Of course, the developer has to incorporate the anonymous login feature into their app first before you get the privilege. In case you do want to login with your Facebook account however, the social network has also introduced more refined privacy settings in its main login interface that'll let you hand-select exactly the kind of information you wish the app to access. For example, if you're okay with the app knowing your birthday but not your email address, you can set it that way. When logged in, the app also won't post info to your timeline without permission.

Last but not least, Facebook is also introducing a new dashboard that lets you see exactly which apps you access via Facebook Connect. You can dial down permission settings from the dashboard or remove them as well. This new app control panel will be rolling out in the next few weeks, while the new login with refined privacy settings will arrive in the coming months. Anonymous login is currently in a testing phase with a few developers, and will be opened up to more in the next few months as well. To get a better look at the new anonymous and regular login interfaces, take a peek at the videos below.

Together with the new login announcements, Facebook also introduced a new mobile ad network called the Facebook Audience Network that's essentially its version of Google's AdSense, but for mobile apps. As we mentioned earlier this year, this lets developers incorporate Facebook's robust targeted ad system on their own apps, thus providing an additional source of revenue to both them as well as Facebook. Devs will also be able to incorporate a whole lot more sharing tools to their apps, such as the eponymous "Like" button and the ability to post directly to FB as well as Messenger.

In this article: f8, facebook, logins
All products recommended by Engadget are selected by our editorial team, independent of our parent company. Some of our stories include affiliate links. If you buy something through one of these links, we may earn an affiliate commission.