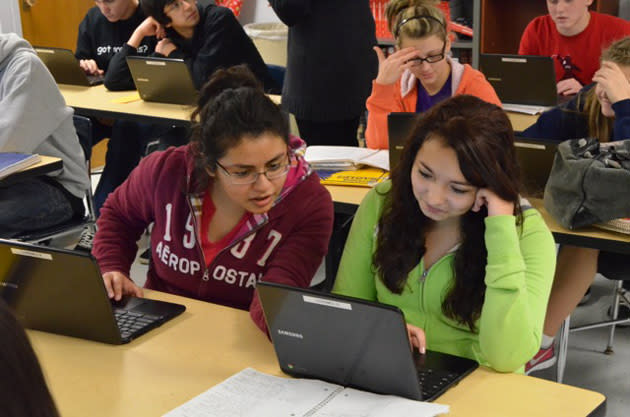 Google makes no bones about scanning our emails for advertising purposes, but the company has suddenly become a bit more timid when it comes prying into students' messages. According to the WSJ, Google has stopped scanning the 30 million accounts that are registered under its free-of-charge Google Apps for Education program. These users -- including students, teachers and administrators -- were never actually shown ads, but their personal information was still collected so that Google could make use of it for targeted advertising elsewhere on the web. The decision to stop collecting this data could well have something to do with a lawsuit started in California last year, in which students claimed Google's monitoring violated wiretap laws. Even if the search giant isn't too worried about that specific case, it may well fear the bad PR that has started to stem from it.

Update: Google reached out to clarify that the information was not collected to be used elsewhere on the web:

Prior to our turning ads-related scanning off, automated scanning that was done in Gmail was not used to target ads to Education users outside of Gmail or in other Google products (e.g. YouTube, Google Search, etc.).

In this article: ads, education, gmail, google, mobilepostcross, scanning, student, targeted
All products recommended by Engadget are selected by our editorial team, independent of our parent company. Some of our stories include affiliate links. If you buy something through one of these links, we may earn an affiliate commission.