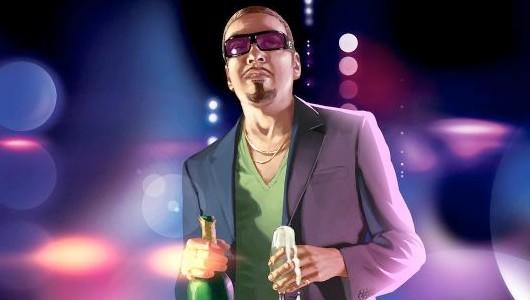 Rockstar's collection of games are some of the many to be affected by GameSpy's closure next month, although for the most part the studio's latest releases won't suffer. Rockstar plans to transition out of GameSpy's matchmaking service when it closes on May 31, and for some of the studio's older games, that will signal the end for their online features.

The closure means Rockstar is removing all the online features from Midnight Club 3: Dub Edition and Dub Edition Remix, Grand Theft Auto: Chinatown Wars on DS and PSP, and Beaterator. The racers are losing all online multiplayer as a result, while Chinatown Wars and Beaterator are dropping their Social Club features. The music mixing game is also ditching track uploading and downloading.

No surprises: Grand Theft Auto 5 is totally unaffected, and online multiplayer gameplay remains intact in GTA 4, too. However, GTA 4 is dropping multiplayer leaderboards on PS3, while all platforms are parting with Social Club stat tracking and leaderboards. By the by, all of that also goes for the Complete version of GTA 4 and the Episodes from Liberty City.

Mac users are the unlucky ones when it comes to Max Payne 3, as they and they alone are waving farewell to online multiplayer gameplay. No such worry for any platforms when it comes to Red Dead Redemption, but PS3 owners will see in-game multiplayer leaderboards ride into the sunset. The Wild West adventure is also dropping Social Club stat tracking, leaderboards and in-game services, and that accounts for all platforms.

For the full list of games and how they'll be affected, check out Rockstar's support page.

[Image: Rockstar Games]
In this article: beaterator, ds, episodes-from-liberty-city, gamespy, grand-theft-auto-5, grand-theft-auto-iv, ios, ipad, iphone, mac, max-payne-3, microsoft, midnight-club-3-dub-edition, midnight-club-3-dub-edition-remix, mobile, nintendo, online, pc, playstation, ps3, psp, red-dead-redemption, rockstar-games, sony, xbox, xbox-one
All products recommended by Engadget are selected by our editorial team, independent of our parent company. Some of our stories include affiliate links. If you buy something through one of these links, we may earn an affiliate commission.