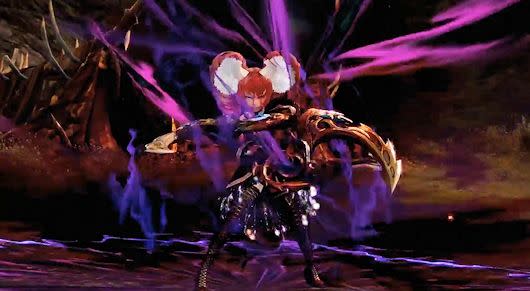 The official Facebook page for TERA has posted an official North American release date for the Reaper class, already live in Japan and Korea, and that date is May 13th.

According to fansite TeraToday, the Reaper is a free class available to players who already have a character over level 40; they're shadowy fighters who excel in close- and mid-range combat.

We've included the Reaper trailer below. Pew pew slash slash and all that.

[Update: The studio has just posted an official website for the new class.]

In this article: bluehole, bluehole-studios, class, classes, en-masse, en-masse-entertainment, f2p, fantasy, free-to-play, reaper, tera, trailer, trailers, video, videos
All products recommended by Engadget are selected by our editorial team, independent of our parent company. Some of our stories include affiliate links. If you buy something through one of these links, we may earn an affiliate commission.