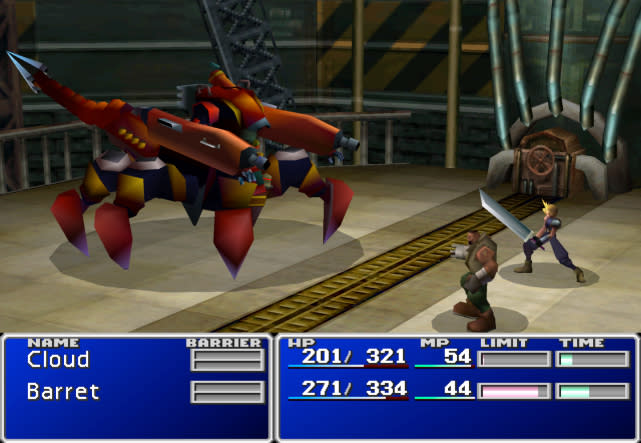 In this weekly series I'll show you how to get your favorite Windows-exclusive PC games running on OS X using a variety of options. For more information on the programs used, check out the Play It On A Mac explainer. For suggestions and/or questions about any game, feel free to contact me on Twitter at @MikeWehner.

Unlike every Final Fantasy game that came before it, fan-favorite Final Fantasy VII has never made its way to an Apple platform. You can play Final Fantasy I through VI on iOS, but that's where Square's retro RPG love ends for Apple diehards. This cannot stand!

Thanks to the Windows-exclusive Steam re-release of FFVII last year, complete with 1080p support, Mac users finally have a chance to play the game via several avenues. Let's get to it!

Unlike last week's Goat Simulator, CrossOver 13 users will find FFVII is supported, albeit unofficially. It currently holds an unofficial "Gold" rating, and plays faithfully. Testing revealed the game's framerate -- which, it's important to note, is locked to 30fps during exploring and 15fps during combat -- is solid in 1080p with no visible drawbacks. This one gets a big CrossOver thumbs up!

A predictably quick download, quick installation, and quick boot-up provides a perfectly playable Final Fantasy VII experience via Parallels. The game is not particularly demanding in terms of graphics, thanks in large part to its locked frame rate and admittedly chunky character designs -- remember, this is a game born in 1997.

Thanks to the start-stop-start nature of the gameplay, it's a great game to leave running in the background for whenever you have a few minutes to kill. The minimum settings our test machine required to run the game at its pre-determined frame rate with no issues are as follows.

This should allow you to run your (wink wink) "work" programs on your Mac along with Parallels and FFVII without issue. If you find any frame rate issues pop up, boost your available video memory a bit and they should smooth out. Additionally, turn of Linear Filtering in the FFVII settings menu.

As you might imagine, a game that runs perfectly in both CrossOver and Parallels runs equally perfectly on Boot Camp. Zero issues on the graphics front and aside from the default keyboard controls, which are horrible and should be immediately changed as soon as you start the game, everyone's favorite Final Fantasy runs silky smooth. Well, at least as smoothly as a locked 15fps frame rate can look.

Regardless of which method you choose, bit it CrossOver, Parallels, or Boot Camp, you'll find Final Fantasy VII to be just as you remember it on the original PlayStation, only this time in crisp HD resolution. Game on!