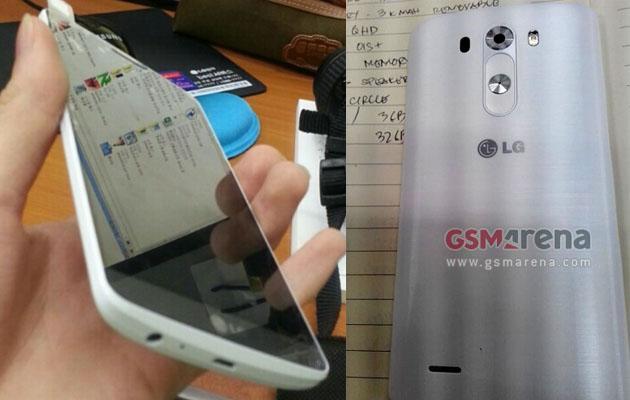 Earlier this week, LG said that the G2 successor would be called the G3 and launch before July -- nothing terribly shocking. Now we get to see what the upcoming device (allegedly) looks like, thanks to leaks from GSM Arena and a Korean site called Seeko. The two images seem to show different body plastics, though the device shown by Seeko (at the source) has no logo and could be a prototype. Other notable design changes from the G2 are narrower bezels and new rear buttons. Spec-wise, GSM Arena's tipster said it'll have a 3,000mAh battery, microSD slot and come in 2GB and 3GB RAM versions with 16GB and 32GB of storage, respectively. We're also expecting a Quad HD display, so hopefully it's more grippy than it looks in the pics -- we'd hate to break that.

In this article: G3, leak, lg, LG Corp., LG G3, mobilepostcross, QuadHD, rumor, smartphone
All products recommended by Engadget are selected by our editorial team, independent of our parent company. Some of our stories include affiliate links. If you buy something through one of these links, we may earn an affiliate commission.