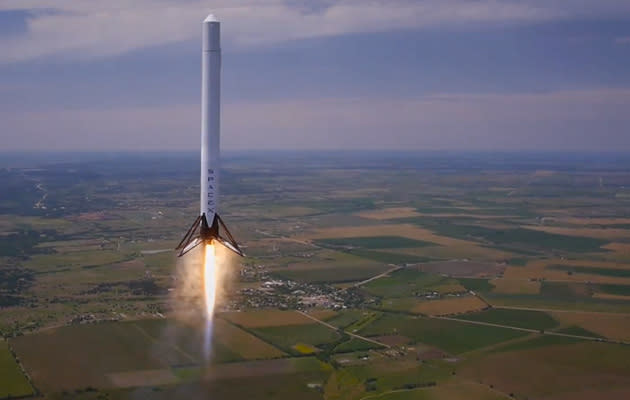 Between winning an injunction against a rival and proving that its reusable rocket works, it's been a pretty good week for SpaceX. As a victory lap, the company has once-again test fired its Falcon9R rocket, and unlike last time, filmed it from the ground so everyone can see its progress. In the clip (below), the craft launches, hovers at 1,000 meters (3,280 feet) and gently coasts back to the ground for a safe landing. With this early hardware, the landing legs remain out at all times, but it's hoped that soon, the company will be able to have them stowed against the body, only emerging when it's time to land -- just like the U.S.S. Planet Express Ship.

In this article: Elon Musk, Falcon 9R, Reusable Rocket, SpaceX, video
All products recommended by Engadget are selected by our editorial team, independent of our parent company. Some of our stories include affiliate links. If you buy something through one of these links, we may earn an affiliate commission.