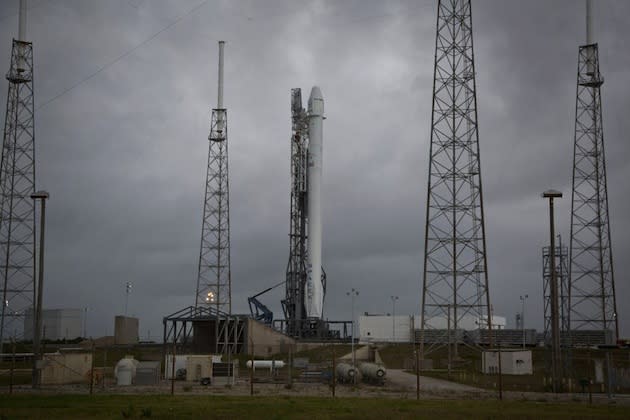 Elon Musk has been trying to build a better rocket for awhile -- and now he's getting serious about getting SpaceX more business. Speaking at an event discussing the successful "soft" ocean landing (but failed recovery, due to storms and rough seas that prevented boats from reaching it for two days) of SpaceX's reusable Falcon 9 rocket prototype, Musk announced that the company is filing a complaint against the US Air Force, hoping to win the right to participate in launches that relate to national security. At issue is the government's contract with the United Launch Alliance, an exclusive launch agreement that keeps Musk's firm from competing for certain launches. The ULA won the contract, in part, because it has a very high launch success rate, but Musk says it's too expensive.

"This contract is costing US taxpayers billions of dollars for no reason." Musk said. "And to add salt to the wound, the primary engine that's used is a Russian Engine." Musk argues that the existing rockets are based on 90s technology, whereas SpaceX's rockets were built and designed today. By filing suit in the Court of Federal Claims, he hopes to force the government to open these kinds of launches to competition. "If we compete and we lose, that's fine," he said. "But why are they not even competed?" Despite the lawsuit, Musk says he doesn't think the legal action will damage SpaceX's relationship with the Air Force, saying that his battle isn't with the organization itself, but only with "a handful of people in the procurement department."

In this article: airforce, contract, elonmusk, spacex, ULA, usaf
All products recommended by Engadget are selected by our editorial team, independent of our parent company. Some of our stories include affiliate links. If you buy something through one of these links, we may earn an affiliate commission.