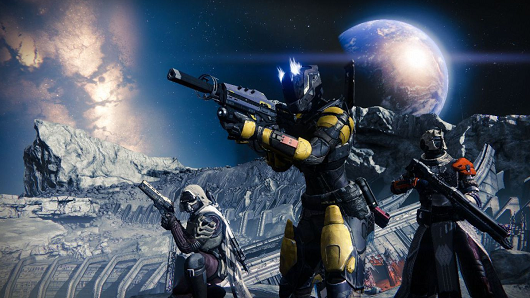 Activision CEO Bobby Kotick attributed the better-than-expected performance to Blizzard franchises World of Warcraft, Diablo, and Hearthstone: Heroes of Warcraft, and Activision's Skylanders and Call of Duty franchises. Blizzard brought in 60 percent of the company's net revenue, while Activision accounted for 31 percent and distribution brought in 9 percent.

Activision is spending $500 million on its console MMO Destiny, and Kotick reiterated his high hopes for the game in today's report: "We have a strong product pipeline for the balance of the year, beginning with the September 9 planned launch of Destiny, which we believe could become our next billion dollar franchise and the largest new videogame IP launch in history."
[Image: Activision]
In this article: Activision, Activision-Blizzard, Blizzard, financials, microsoft, mobile, nintendo, pc, playstation, ps3, ps4, q1-2014, wii, wii-u, xbox, xbox-one
All products recommended by Engadget are selected by our editorial team, independent of our parent company. Some of our stories include affiliate links. If you buy something through one of these links, we may earn an affiliate commission.