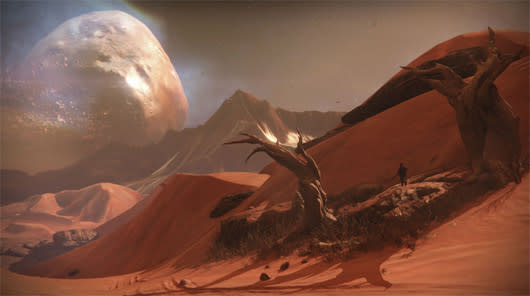 Is Destiny the most expensive game ever made? Time will tell, but Activision CEO Bobby Kotick intimated that total development and marketing costs for Bungie's sci-fantasy shooter epic may reach half a billion dollars.

"If you're making a $500 million bet you can't take that chance with someone else's IP. The stakes for us are getting bigger," Kotick said. According to Gamasutra and Reuters, an Activision spokesperson said that Kotick's estimate includes marketing, packaging, infrastructure, support, royalties, and other costs.

[Update: During the Activision Blizzard call today, Bungie noted that it anticipates Destiny's beta in July.]

In this article: 500-million, activision, beta, bobby-kotick, bungie, console, destiny, destiny-500-million, sci-fi, shooter
All products recommended by Engadget are selected by our editorial team, independent of our parent company. Some of our stories include affiliate links. If you buy something through one of these links, we may earn an affiliate commission.