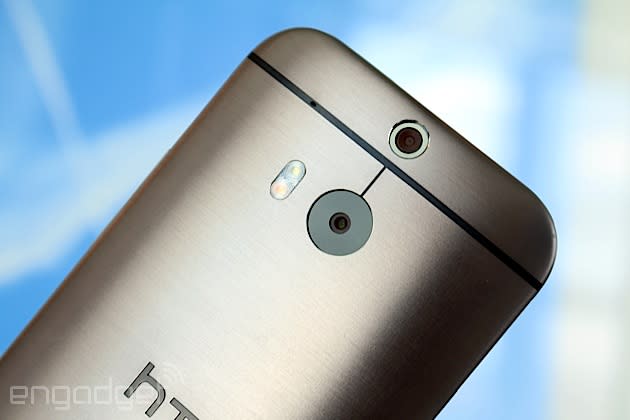 The new HTC One may seem like a logical evolution of the original design, but that wasn't guaranteed -- just the opposite, according to company Creative Director Daniel Hundt. He tells Stuff in an interview that the original guideline was to "start with a chunk of metal" and go from there. As proof, the designer has early design sketches of the many concepts CEO Peter Chou told us about earlier, showing everything from a near-flat One body to a super-curvy front and back. Hardware should look like it's the "natural result" of its material, Hundt says, and shouldn't be guided primarily by specs like the battery size.

That's not to say that HTC was unwilling to let a few hardware elements dictate its design. The antennas and speakers needed space, and the microSD card slot is a response to customer feedback. However, the goal when possible was to keep the smartphone's basic shape intact. Hundt believes that the company made the "right trade-offs" to get the intended form factor, even if it ultimately led to competitors having a few features that HTC lacks. The director also gives a few hints as to where the next One is going. The company has certain "signature elements" that it wants to keep, such as the chin, forehead and rear lines. It's likewise pushing for even more metal next time around, and it's "looking into" Galaxy S5-style waterproofing. Hundt isn't revealing much beyond that, but it's clear that the phone maker isn't planning a radical break from its recent past. You'll likely have to wait until next year to learn more about the One's sequel, then, but you can check out our video interview with Peter Chou below if you're looking for more insights on the smartphone you can buy today.

In this article: android, danielhundt, htc, m8, mobilepostcross, one, onem8, smartphone, video
All products recommended by Engadget are selected by our editorial team, independent of our parent company. Some of our stories include affiliate links. If you buy something through one of these links, we may earn an affiliate commission.